Interior Design – It’s an Inside Job

These are some of the words patrons use to describe the interior of Living Room Coffee Craft, the freshest face on the Silicon Valley coffee scene, and its newest hidden gem. These words could also describe Mary Merrill, a hair-stylist-turned-interior-designer who transformed a dank space into this modern, chic coffee house. It was a design project  that took her six months to complete and she would be the first to tell you that it wasn’t a cake walk. It’s a wonder that it somehow all came together in the end, but the real miracle is what she found along the way. It was something she had lost without knowing was even gone until she stumbled upon it again. Mary found herself.

A hair stylist by trade and a home decorator by avocation, Mary always had a knack for style. Her flair for interior design was obvious to anyone who walked into her home. Friends, family and neighbors would often recruit her for their own home projects. She was a wizard with paint, and could work wonders with a small budget. Mary became known for her ability to marbelize walls with sponges and paint, or turn furniture into distressed antiques with sandpaper and stain.

Many years ago, Mary’s gift for creating faux decor had led her to a commerical project at a local church which had recently purchased the adjacent property. The senior pastor had a vision to turn this generic strip mall into multipurpose spaces for the congregation. He also wanted these rooms to follow a Mediterranean theme. Mary’s assignment was to take space that had once been an Asian restaurant and transform it into an outdoor cafe in Tuscany. Part designer, part magician, Mary deftly orchestrated tricks of the eye, producing murals of beach scenes and wine caves to tranport visitors from Campbell, California to the Tuscan coast, if only for a few moments.

This room was anointed as the Koinonia Koffeehouse after the Greek word for “fellowship”. It soon become a popular spot for people to gather over coffee, snacks, and even live music. But as the years passed, so did its following. The once lively destination spot was now dated and desolate, used only on Sundays for overflow from the church’s weekly service.

This past January, and by no uncertain circumstance, Mary found herself standing in this room yet again. She was among a small group of people who called themselves simply, “the coffee team”.  With them was Hector Moreno, the church’s newest senior pastor along with his wife, Chrissie. Together with the coffee team, they shared their collective dream to breath new life into this space and thought that Mary might be able to help.

The team’s vision was to open a contemporary coffee house that could bring people together and foster community in direct, impactive ways. It would focus on the craft of coffee and pastries, prioritizing quality above quantity with obsessive attention to detail. To Mary, it was clear that the space would need more than just a facelift with sponges and paint, it would require surgical reconstruction. But could Mary actually pull this off?

“When I first met with the team,” she confessed,  “I was so fearful. I couldn’t sleep because I had never done a project this big, this visible to the public.”

Mary was filled with self-doubt. She knew she had a talent for interior design, but never went to school or had formal training for it, and that was creating fear for her. For some, fear can be an impasse. For others, fear invites opportunity.

“Anything that’s not familiar can be scary,” she explains. “I wondered if I am really the right person for this job. But, I’ve always wanted to move forward in interior design, so I looked at this like a learning opportunity. You learn by reading, or by just doing. You’re always going to be new at something. It’s like having your first baby. You don’t go to school for it, you just do it.

“I did the original space here for the church and ever since, I‘ve had this dream of opening it up to the public. But I think fear can cripple your dreams. Suddenly, five years go by and you still have that dream.”

For Mary’s dream, that five years passed again and again. She wasn’t going to let another five years go by without stepping through her fear to give it a shot.

“God put this path in front of me and this was the right time.”

After almost six months of work, Living Room Coffee Craft opened to the public. Mary’s dream, and the vision of the coffee team, were finally realized. The space was transformed into a bright, spacious area that feels like home.

Mary wanted the space to feel inviting to everyone, and comfortable enough for guests to stay awhile. The space encourages conversations and human interaction. These characteristics are not commonly found in most coffee houses which are designed for volume business.

The furniture is a blend of modern, antique, and farmhouse styles. The seating area features sections that you’d find in a typical home; a dining area with privacy drapes, a group of leather and iron recliners with a round coffee table, and a couch flanked by stuffed arm chairs next to a cozy fireplace. In between, there are large family tables with antique benches, and many smaller tables for one to four people. The street facing wall is all glass with a high top bar and tall chairs, ideal for individual guests who want to get some work done while charging their computers and mobile devices. The bar top and tables and are adorned with succulents.

These large windows allow sunlight to fill the space with a golden glow. Mary uses the natural light to interact with the interior in playful ways. One wall features works from local artists, but it also contains an Easter Egg, the Living Room logo hand-painted using a clear satin finish gloss. The logo is hidden to most people until the sunlight hits it a certain way, causing the logo to light up like an iridescent prism. Also, the windows have a large decal of the logo’s intricate detail (reminiscent of a stained glass window). The morning sun comes through the window to create interesting shadow patterns against the interior’s far wall behind the espresso counter. The beauty of all this natural light changes throughout the day which helps turn the Living Room into a truly living space.

At any given time throughout the day, you will see people taking videos and photos, taking advantage of this Instagram-worthy decor. You don’t see people doing this at most other coffee houses, and Mary sees this as confirmation of her work. Yet, she remains humble, if not someone who’s been deeply changed by this entire process.

”Because it was all new, I was very sensitive,” Mary reflects. “I had to learn not to take anything so personal. I learned to let go of control. I like to have control, I’m task oriented. I had to learn to go with the flow, to trust my instincts and not change my vision based on other voices. But I also learned to be more flexible with the vision and to listen to what others think. I learned to trust.

“After a couple of months with the project team, I began to feel comforatable. God led me here for a purpose. He has been working on my heart and this job was huge. The entire exerience has been so amazing, I feel so blessed by it.”

The story of Living Room Coffee Craft is more than a remodel. It’s a redesign of a space, but it’s also a personal transformation of its designer. During the process, Mary discovered a newfound belief in her talent and her ability to accomplish big things, things that used to scare her. She now feels ready for another leap forward in her creative and spiritual journey; a step in faith that will take her far out of her comfort zone.

“This project refreshed me with new confidence, enough that I decided to move to Nashville.”

Mary, who has lived in California her entire life, feels her heart pulling her to Tennessee to be close to her grown up daughter. There, she will focus on building an interior design business, and fly back to California for projects as needed. For those close to Mary, this move might seem uncharacterstic, given so many unknowns for someone who likes to have everything so well planned ahead.

“There’s something big waiting for me, but I don’t know what it is. But interior design is my love,” she says. 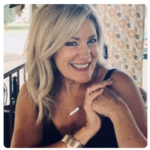 Request Mary Merrill for your next interior design job, residential or commercial. 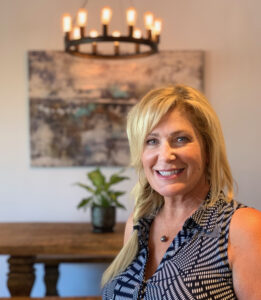 The story of Living Room Coffee Craft is more than a remodel. It’s a redesign of a space, but it’s also a personal transformation of its designer. 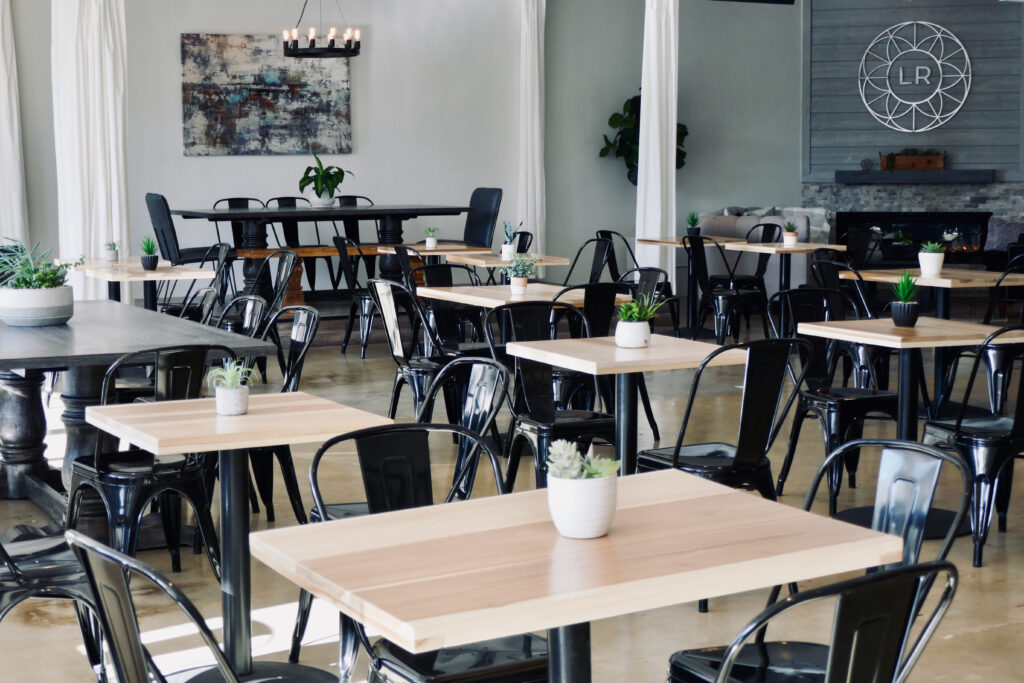 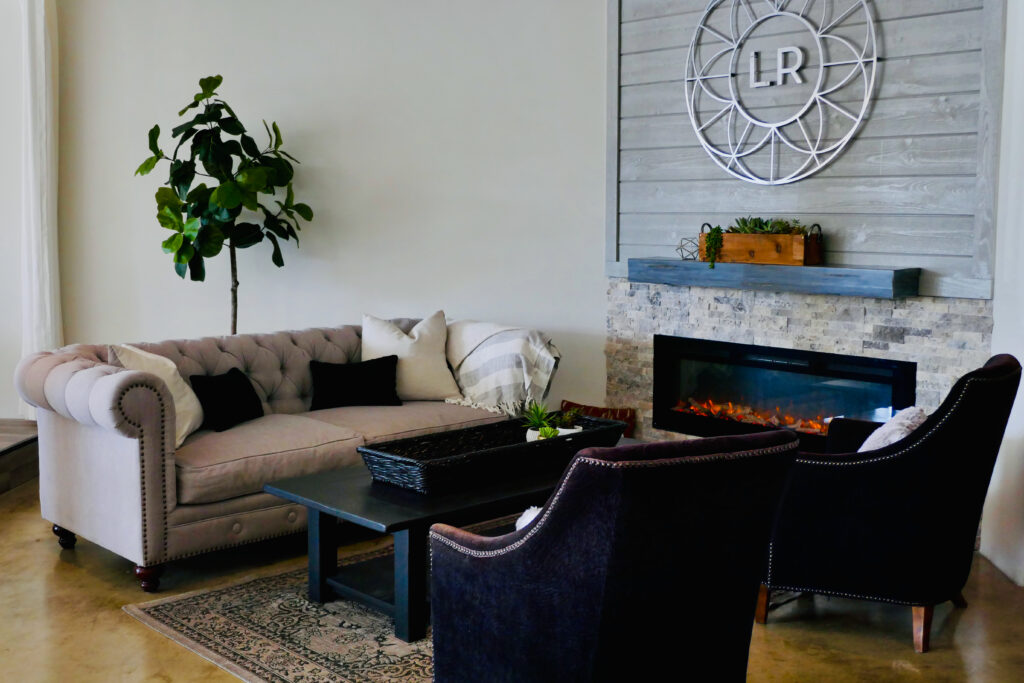 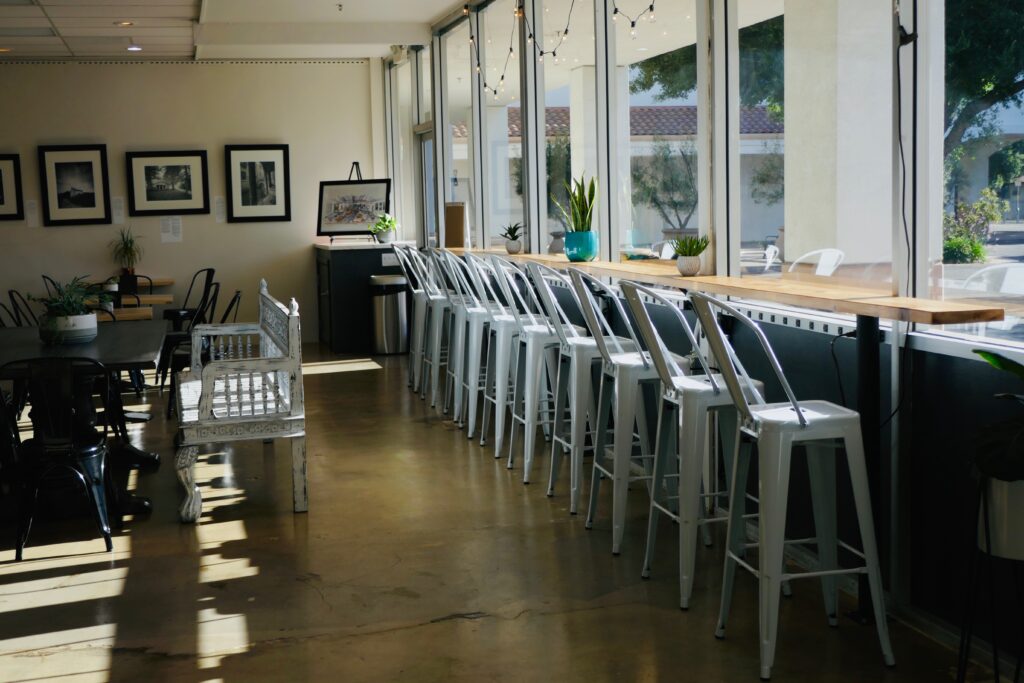